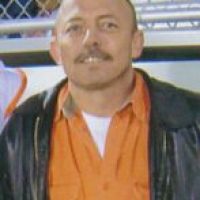 Viewing is Tuesday from 10 am – 8 pm at Agent Mallory Martin Funeral Home in Sallisaw.

Alan G. Sizemore was born January 6, 1965 in Sallisaw, Oklahoma, the son of Wayne and Ruth (Stewart) Sizemore. He was married to Beverly Johnson for 35 years. He passed this life on July 8, 2017 in Tahlequah, Oklahoma at the age of 52.

wife: Beverly of the home

mother and father in law: Patricia and Amos Johnson

Several cousins, other relatives and friends

He was preceded in death by his parents, Wayne and Ruth Sizemore; 1 sister in law, Sheila Thornell; and niece, Tara Johnson