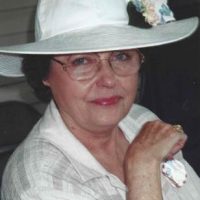 Barbara Sue (Lattimore) Fine was born on October 4, 1931 in the Akins Community, Oklahoma, to Loyd Lattimore and Juanita (Garvin) Lattimore. She was married to Jack B. Fine on May 5, 1951. Barbara gave birth to Ted, their only child, in 1958. Barbara was blessed with two wonderful grandchildren, Tyler Fine and Anna (Fine) Walters. She retired from the Oklahoma Department of Tourism greeting tourists and introducing them to Oklahoma on Interstate 40 in Sallisaw. She was a Citizen of the Cherokee Nation and a liberal “Yellow Dog” Democrat. Her hobbies included traveling, traveling, and more traveling. She also enjoyed planting flowers and feeding birds around her home. She attended Akins Baptist Church and was very proud to have been baptized at Bradley Ford at Nicut, Oklahoma. Barbara passed this life on Friday, August 19, 2022, in Sallisaw, Oklahoma, at the age of 90 years.

1 son and his wife, Ted Fine and Cathi of Sallisaw, OK;

2 great-grandsons, Dawson and Riley Walters, both of Sallisaw, OK;

as well as many other family members and friends.

She was preceded in death by her parents, Loyd Lattimore and Juanita (Garvin) Lattimore; her husband, Jack B. Fine; sister, Janelle Lattimore Fullbright; brother, Gary Lattimore; and her aunt, Echo Rider.