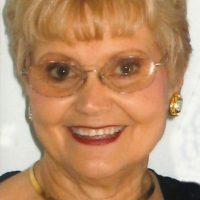 Betty grew up and spent most of her younger years at Bowers Baptist Church where she accepted Christ at 7 years of age. In 1953 she graduated from Wilburton High School. Following graduation she entered Oklahoma Baptist Hospital (O.B.H.) School of Nursing and became a Registered Nurse. She spent 45 years in the nursing profession and truly felt she was God called to be a nurse. She retired from nursing in 2001. She has been a member of Blackgum Baptist Church for the past 52 years, where she served over 20 years as a church clerk, sang in the choir, was active in “Women on Missions,” taught numerous classes, worked in “Vacation Bible School” and church camps.

One of the highlights of Betty’s life was when the Lord allowed her to go on a Mission trip to Malawi, Africa in 1999. From 2001 – 2008 she was active in the Sequoyah County Jail Ministry to the female inmates.

2 daughters, Michaele Cole and Bill of Purcell, OK and DeShonne Haworth and Ed of Tahlequah, OK;

and many nieces, nephews, other relatives and friends.

Active Pallbearers will be her nephews.

Viewing will be Noon – 8 PM Thursday and 10 AM – 8 PM Friday at Agent Mallory Martin Funeral Home in Sallisaw, OK where the family will greet 6 – 8 PM Friday.

Memorials may be made to East Central Association Campgrounds, The Gideon’s, or Home or Foreign Missions.