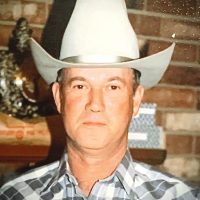 Graveside service for Bill Lewis, 82, of Roland, Oklahoma will be at 10:00 AM on Thursday, May 7, 2020 at Lee’s Chapel Cemetery in Muldrow, Oklahoma under the direction of Agent Mallory Martin Funeral Service, Inc.

William Edward (Bill) Lewis was born October 1, 1937, in Ft. Smith,Arkansas, to Robert and Cassie (Rogers) Lewis. This cowboy said his final goodbyes on May 3, 2020, at his home in Roland, Oklahoma, after a hard-fought battle with cancer.

Bill was a lifelong resident of Roland, where he raised his family and contributed to the community through many endeavors. He was a graduate of Roland High School, and later on served his local school district as a member of the Board of Education. He loved his Roland Rangers. He was a Christian and also a member of the Bruton Masonic Lodge #30 in Muldrow.

Something that Bill took great pleasure in was his music. He was a self-taught, accomplished steel guitarist, and loved playing country music with his friends. In addition to playing music, he was a true cowboy. He always had a herd of cattle, and participated in local rodeos for many years. Calf roping was his specialty and he was still riding horses until he became ill in his final days. He also enjoyed spending time with his boys and family riding four-wheelers at the river on Sunday afternoons.

Bill was a man with a tough exterior, but a tender heart. He loved his family and cherished his friends.

He worked his entire life and was known for being somewhat of a perfectionist. He always said, “If it’s worth doing, it’s worth doing right.” In his younger years, he worked at Dixie Cup in Ft. Smith. Later on, he opened the DX Travel Mart in Roland, the first of its kind in the area. He was never afraid of hard work. Even though he was running other businesses, he was always in the cattle and hay business. In addition, he retired from U.S. Postal Service after serving more than 30 years.

He was loved by many and will be greatly missed. He was preceded in death by his wife Virginia, a son Steven Carl Lewis, his parents Robert and Cassie Lewis, brothers Robert Lee (Bob) Lewis, Buddy Don (Bodie) Lewis, and Freddy Patton Lewis, Sr. Two sisters Fern (Lewis) Shackelford, and Carolyn (Lewis) Bunker.

several nieces, nephews, cousins, other relatives and many friends.

Honorary Pallbearers will be Eddie J. Lewis, Kenny Hixson, his grandchildren and great-grandchildren.

Viewing will be 10 AM – 6 PM Wednesday at Agent Mallory Martin Chapel in Muldrow, Oklahoma.