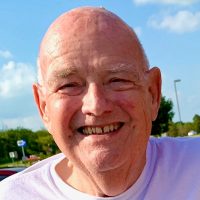 Funeral service for Billy Don Bailey, 75, of Claremore, Oklahoma will be at 1:00 PM on Thursday, September 3, 2020 at First Church of the Nazarene in Muldrow, Oklahoma. Burial will follow at Memory Gardens Cemetery in Muldrow, Oklahoma under the direction of Agent Mallory Martin Funeral Service, Inc.

Funeral service for Billy Don Bailey, 75, of Claremore, Oklahoma will be at 1:00 PM on Thursday, September 3, 2020 at First Church of the Nazarene in Muldrow, Oklahoma. Burial will follow at Memory Gardens Cemetery in Muldrow, Oklahoma under the direction of Agent Mallory Martin Funeral Service, Inc.

On Thursday, August 27, 2020, Billy Don Bailey, loving husband, father, grandfather, great-grandfather and friend, went to his Heavenly home, at the age of 75 years young. Bill was born on September 26, 1944 in Fort Smith, Arkansas. He graduated high school in Roland, Oklahoma and a few short years later, married the love of his life, Lynda on April 2, 1965 in the church of the Nazarene, where they remained members throughout his life. They began their family just over a year later with the birth of their daughter, Annette. Their family continued to grow with the births of their three other children: Billy Don Jr., Stephanie, and D. David. Throughout the years, they welcomed fourteen grandchildren into the world, and four great-grandchildren. Bill was an avid business man throughout his life and built many successful businesses over the years, which allowed him to teach his children innumerable valuable lessons they can and have taken with them into the world. Through all his business ventures though, his proudest accomplishment remained the family he and Lynda had created. He had many passions in life, including being a licensed pilot, watching airplanes, riding his bike, and listening to music, but none of those surpassed his passions for his family and the Lord.

Bill is preceded in death by his birth mother, Lucille Ferguson; his adoptive parents, Doug and Mary Bailey; and his grandson, Josh Levi Holstead. He is survived by his wife, Lynda Bailey of the home; his children, Annette and Andrew Hinshaw of Owasso, OK; Bill and April Bailey of Verona, MO; Stephanie Holstead and Mark Earwood of Owasso, OK; and David and Christy Bailey of Tulsa, OK; his grandchildren, Hillarie Holstead, Zach and Brittany Bailey, Hannah Holstead, Andrew and Wren Bailey, Jake Holstead, Kristen Bailey, Lizy Bailey, Payton Holstead, Hope Murphy, Logan Earwood, Ramsey Hinshaw, Kale Murphy, and Bella Earwood; and his great-grandchildren, Atlas Holstead, and Kalvin, Henry, and Claira Bailey; as well as his niece, Nancy Stevens, his nephew, Rick Wigginton, and numerous other family members and friends.

Honorary Pallbearers will be Rick Wigginton and Kenny Hixson.

Viewing and Visitation 10 AM – 8 PM Wednesday at Agent Mallory Martin Chapel in Muldrow, OK where the family will greet 6 – 8 PM.