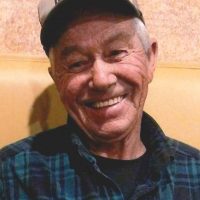 Billy Harold Faulk, 76 of Sallisaw, Oklahoma passed away on November, 10, 2017 in Sallisaw, Oklahoma. He was born on May 1, 1941 in Ventura, California to Lorene (Ridgeway) Faulk and Otto Faulk. He was married to Billie June Faulk on May 12, 1958 in Reno, Nevada. He was a truck driver for Monarch Foods, a Heavy Equipment Operator for Sequoyah County District 2 and a Baptist.

He leaves to mourn:

Numerous other nieces, nephews and other relatives

He was preceded in death by his Wife; 1 Daughter, Barbara Riffey; his parents; 5 Sisters and 3 Brothers