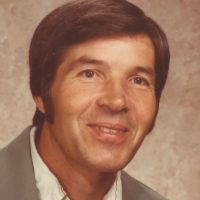 Billy Lee Rogers was born May 21, 1935 in Gans Oklahoma, to Ollie and Beulah (Stimson) Rogers. He was the fifth of 10 children. He met the love of his life, Deane (Riggs) Rogers, while working at Wortz Biscuit Company. They were married on January 24, 1959 in Stilwell, Oklahoma.

Together they had four girls, whom they loved and cherished. They formed a life and raised their family in Muldrow, Oklahoma. Bill was an amazing husband, father, and Papa. He had an ability to make everyone, family and friends, feel like they were his favorite. He never met a stranger and he never missed an opportunity to talk about Jesus and invite people to church. During special Sundays, Bill would invite everyone he would talk to and usually would have 50 to 70 guests show up. He was always working for the Lord.

He was an exceptional horseman. We always called him the horse whisperer. He loved riding, and in his later years he enjoyed trail riding with his friends.

Every summer, Bill would make his yearly trek to Webber falls for watermelons. He would deliver them to people all over Sequoyah County and make sure everyone at church had one too! He was a soft-spoken man that was always the same (consistent), a steady, God fearing man, who loved his family.

After God, family was the most important thing in Bill’s life. Now that he is gone, it is time for the ones who remain to follow in his footsteps. He would tell us to “ Love the Lord and your family.” This world is not our home, we are just passing through. We will see you on the other side.

A host of nieces, nephews and cousins.

Viewing will be noon – 8 pm Monday at Agent Mallory Martin Funeral Home in Sallisaw where the family will greet 5 – 7 pm.