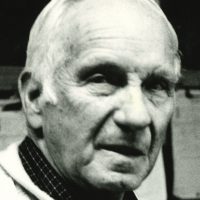 Bobby Doyle Starr, 88, of Sallisaw, Oklahoma, passed away Friday at his home. He entered his eternal home on January 15, 2021. Bob was born December 31, 1932, in Waldron, Arkansas, to Audie and Evelyn Starr. He was married to Patsy (Rice) Starr on August 31, 1957 in Poteau, Oklahoma. Bob was a veteran of the United States Navy and the owner of Star Furniture Manufacturing Company and was of the Baptist faith. He loved his family and especially his children, grandchildren, great-grandchildren, and great-great-grandchildren.

He was preceded in death by parents; two brothers, Billy Don Starr and Elzie “Biggin” Starr; and his son-in-law, Paul Goodwin.

Viewing will be 10 AM – 8 PM Tuesday at Agent Mallory Martin Funeral Home in Sallisaw, OK.