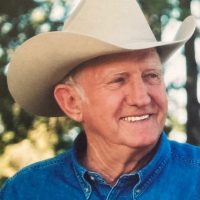 Bobby Eston Prewett was called to be with our Lord on August 7th, 2022 at 1:30 AM. Bob was born between Long and Liberty, OK, on October 26, 1935, to Ocie and Bess (Sutton) Prewett, who preceded him in death. He moved to Nicut, OK, at four years old. Bob was a graduate of Muldrow High School in 1954 and married the love of his life Phyllis Jean (Miller) Prewett, in 1956.

Bob joined the U S Air Force in 1956 and was promoted to Crew Chief of the B47 E StratoJet Bomber, an airplane designed, engineered, and manufactured to deliver an atomic weapon to any country that showed aggression toward the United States of America. His claim to fame is that he carried the atomic bomb on that plane. Bob was stationed in Salina, KS, Alaska, and Germany.

After completing four years in Air Force Military Service, Bob attended instruction at Northside High School in Fort Smith to become a machinist. He worked for Baldor Electric Company for 37 years. He started his civilian career in 1960 as a drill press operator. When he finished machinist training, he was promoted to machinist, a foreman, and then to Plant Manager for the new Baldor Electric facility in Columbus, MS, in 1970, where he spent three years. Bob was then tasked to help start up another Baldor Electric facility in Westville, OK, as Plant Manager in 1975, where he spent fourteen years. He later transferred back to Baldor Electric in Ft. Smith, AR, as a Liaison Design Engineer dealing with sales, customer service, engineering, and manufacturing until his retirement in 1997.

During his retirement, Bob and Phyllis enjoyed traveling. Bob also enjoyed being on the farm. He spent countless hours working cattle, operating tractors, rakes and bailers, and dump trucks. He loved spending time at Crawford County Speedway, where he supported his son (Gary), grandson (Bobby Dale), son-in-law (Gene), and their friends in their racing hobbies.

In addition to being a Lifetime Member of the Muldrow VFW: POW of Foreign Wars. Bob was a 32nd degree Scottish Rite Mason and an active member of the Masonic lodge for over 50 years. He held dual memberships with the Masonic lodge in Westville, OK and Muldrow, OK. He held a membership with the Bedouin Shriners Temple in Muskogee for over 40 years, where they support 17 nonprofit hospitals in the US that specialize in helping disabled children and burn victims.

Bob began his health battle in May of 1997. Bob fought so hard for his family. He wanted to see them grow up and graduate from high school and college. He wanted to see them marry and have children of their own. He was an active family and community supporter. He attended stock car races, football games, basketball games, concerts, plays, and musicals. He did not want to miss a thing! Even when his physical endurance faltered, he had a reclining wheelchair that made it possible for him to attend these events!

Bob and Phyllis raised four families over their lifetime. Gary first, then came Monica twelve years later. Ten years after that came Bobby & Kari, and then Dylan. He was a loving father and grandfather.

Many Nieces, Nephews, and Cousins;

Countless other family, friends, and acquaintances.

Viewing will be 10 AM – 8 PM Thursday at Agent Mallory Martin Chapel in Muldrow, OK where the family will greet 6- 8 PM.