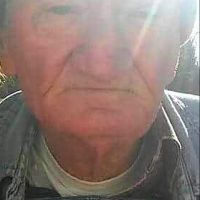 Graveside Services will be at 1 pm on December 1, 2017 at Redland Cemetery in Muldrow, Oklahoma under the direction of Agent Mallory Martin Funeral Service, Inc..

Viewing will be Thursday 10 am – 5 pm at Agent Mallory Martin Chapel in Muldrow.

Buddy Ray Harvell, 75 of Muldrow, Oklahoma passed away on November 28, 2017 in Ft. Smith, Arkansas. He was born on September 7, 1942 in Redland Community, Oklahoma to Crickett Marie (Russell) Harvell and Tom Allen Harvell. He was a roofer and farmer most of his life

Many nieces, nephews, cousins, and other relatives and friends

He was preceded in death by his parents, Tom Allen Harvell and Crickett Marie (Russell) Harvell and 1 sister, Anna Marie Harvell