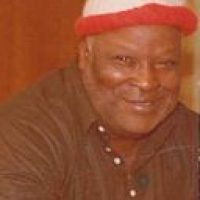 Funeral service is Thursday, August 10, 2017 at 11 am at Vian Baptist Church in Vian, Oklahoma. Burial will be at Roselawn Cemetery under the direction of Agent Mallory Martin Funeral Home in Sallisaw.

Viewing is Wednesday from 10 am – 8 pm at Agent Mallory Martin Funeral Home in Sallisaw.