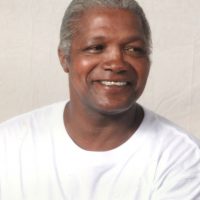 Funeral service for Charles Edward Turner, 60 of Vian, Oklahoma will be at 11:00 AM on Saturday, November 23, 2019 at Vian Baptist Church in Vian, Oklahoma. Burial will follow at Roselawn Cemetery in Vian, Oklahoma under the direction of Agent Mallory Martin Funeral Service, Inc.

Obituary
“We reflect and we remember …… Charles Edward Turner”

Mr. Charles E. Turner, after 60 years with us, went home to be with the Lord on Thursday, November 14, 2019 at Cornerstone in Muskogee, Oklahoma.

Charles, the third child of Georgia A. Turner and Lonnie Choate was born August 21, 1959 in Vian, Oklahoma.

Charles was loved and will be greatly missed. May God keep him in his loving arms until we meet again.