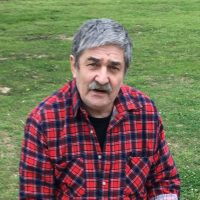 Cremation for Dennis Dayton Holt is under the direction of Agent Mallory Martin Funeral Service in Sallisaw, Oklahoma.

Dennis was born on January 18, 1955 in Ft. Smith, Arkansas to Dayton Van Buren Holt and Mary Nell Sanders Holt. Dennis graduated from Muldrow High School in 1973 and shortly after joined the United States Army. He was stationed in Germany before returning home. Throughout his life, Dennis worked in many areas including welding and construction, and worked for many years at Baldor Electric in Ft. Smith.

Dennis never met a stranger and had a wonderful sense of humor, always ready to share a joke. He had a generous heart and was always willing to help anyone in need. To know Dennis, was to love him.

He was preceded in death by his parents, Dayton and Mary Nell Holt.

Per Dennis’ wishes, there will be no memorial service and all are encouraged to remember his charming smile and the way he made you laugh.