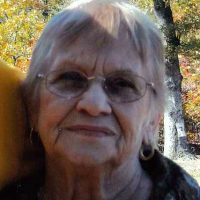 Services will be at 1:00pm on November 29, 2017 at Vian Baptist Church in Vian, Oklahoma. Burial will follow at Box Cemetery in Vian, Oklahoma under the direction of Agent Mallory Martin Funeral Service, Inc.

Viewing will be Monday noon – 8 pm and Tuesday 10 am – 8 pm at Agent Mallory Martin Funeral Home in Sallisaw. The family will greet Monday from 6pm-8pm.

Diana Jean Skaggs, 73 of Vian, Oklahoma passed away on November 22, 2017 in Sallisaw, Oklahoma. She was born on March 19, 1944 in California to Cosette (Robertson) Pruitt and Raymod Eagan. She was married to Claude D. Skaggs. He preceded her in death. She was a secretary at Gum Springs School and Director of lunch progam at Vian Public Schools.

One Daughter; Michelle Casey and Roger of Vian, Oklahoma

Numerous other relatives and friends