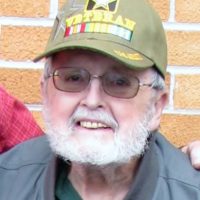 Graveside services for Donald Earl Caffey, 71 of Cowlington, Oklahoma will be at 1:00 PM on Wednesday, December 4, 2019 at Sallisaw City Cemetery in Sallisaw, Oklahoma under the direction of Agent Mallory Martin Funeral Service, Inc.

Graveside services for Donald Earl Caffey, 71 of Cowlington, Oklahoma will be at 1:00 PM on Wednesday, December 4, 2019 at Sallisaw City Cemetery in Sallisaw, Oklahoma under the direction of Agent Mallory Martin Funeral Service, Inc.

He was born on Sunday May 18, 1948 in Tulsa, Oklahoma to Dallas Earl Caffey and Ruby Jane (Hudson) Caffey. He departed this life in Tulsa, Oklahoma on November 30, 2019 after obtaining the age of 71 years 6 months and 12 days. Donald married the love of his life, Fayetta Lue Keeling on June 23, 1967 in Turley, Oklahoma.

Donald leaves to mourn his passing:

his sweet wife, Lue, of the home;

his sons, Don and wife Ann of Cowlington, OK, Joe and wife Carrie and their sons Nathan and Caleb of Vian, and Brent of Glenpool;

his sisters, Joyce Forrester of Sand Springs and Janet Barbee of Claremore;

his sister in law, Sue of the home, and three other sisters in law, Nancy, Janet, and Tena.

He also leaves a host of nieces, nephews, cousins, Aunts, Uncles, and  a multitude of friends.

He was preceded in death by his Mother and Father.

Donald loved many things in life. Three of the most important were God, his family, and his country. He was a true patriot. He was a veteran of 2 tours of Vietnam while serving in the Army.  He was very proud of his service and went voluntarily to serve his country. He loved his community and had a true servants heart. He was a 32 degree Mason and was a member of the Eastern Star and was affiliated with the Keota Lodge. He loved his church and was a very active member of The Journey Church in Sallisaw until his declining health made participation impossible.
After his time in the military was completed, he became employed by the US Army Corp of Engineers Tulsa District. He was employed by the Corp for 22 years when he retired as a Power House Operator.

Viewing will be 10 am – 8 pm Tuesday at Agent Mallory Martin Funeral Home in Sallisaw where the family will greet 6 – 8 pm .

Memorials may be made to Disabled American Veterans Association.