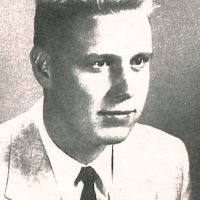 He worked for several companies as an electrician and owned and managed Gibble Gas Service Station, Moon’s Burger Hut, Griffins Restaurant and Ed’s Truck Stop, all in Sallisaw. He also owned Broken Arrow Smoke Shop in Muldrow, and while working with his great friend and manager, Dawn Dake of Muldrow, retired from there. He loved visiting and talking to people and deeply loved his family. His hobbies included old cars and collecting antique clocks.

He was preceded in death by his parents; a sister, Sharon Beaty; a brother, Bill Dobbs; his father- and mother-in-law, Art and Willie Davis; and a sister-in-law, Vivian Stephens.

He is survived by

his wife, Linda of the home;

his son, Berry Dobbs and wife, Krista of Edmond, OK and sons, Caleb and Jacob;