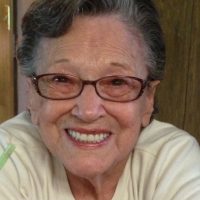 Memorial Services will be at 1 pm on December 4, 2017 at Sallisaw City Cemetery in Sallisaw, Oklahoma. Cremation is under the direction of Agent Mallory Martin Funeral Service, Inc.

Dorothy Joanne Azbell, 83 of passed away on November 28, 2017 in Sapulpa, Oklahoma. She was born on July 27, 1934 in Plainfield, Illinois to Dorothy J. Adams and Oscar J. Flagg. She was a Methodist and retired bank teller.

1 daughter and son in law: Shirley and Jerry Brashears of Coweta, OK

she was preceded in death by her parents, Oscar Flagg and Dorothy Adams and 1 sister, Shirley J. Green