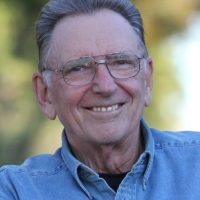 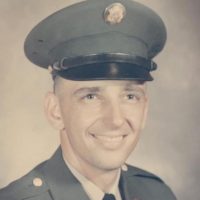 Graveside service for Dr. James O. Murphy, 79, of Vian, will be held at 1:00 PM on Monday, January 24, 2022 at the Fort Smith National Cemetery under the direction of Agent Mallory Martin Funeral Services, Inc.

Graveside service for Dr. James O. Murphy, 79, of Vian, will be held at 1:00 PM on Monday, January 24, 2022 at the Fort Smith National Cemetery under the direction of Agent Mallory Martin Funeral Services, Inc.

Dr. Murphy, or Jim, as he was known to everyone, was born in Vian, OK on November 22, 1942. He was the only son of Orville Lee and Bernice Murphy. He loved and served his Heavenly Father, his family, his community and his country throughout his life as a teacher, pastor, soldier, leader, counselor, and friend.

When he started working, Jim was too young to count change to the customers, but he loaded the pop machine and swept the floors at Walter Whittenberg’s store in Vian. He also delivered groceries for the Ross Brothers and had numerous other jobs around Vian as a young man. Upon graduation from college Jim became a teacher. He was an award winning teacher at the high school level before earning his Doctoral Degree and becoming a professor at Northeastern State University. Jim was also a human resources executive, a licensed truck driver, a school bus driver, and an employee of Agent Funeral Home. In short, he worked hard at whatever his hands found to do, and he could do just about everything.

Jim was a proud U S Army Veteran. He was drafted by the Army to serve our country in Vietnam in 1968. He returned home in 1970 with the rank of Staff Sergeant and many medals and badges to commemorate his honorable service.

Many people knew Jim as a Pastor. He was the Youth Pastor at Vian Baptist Church, and Pastor of Cornerstone Tabernacle in Gore, OK for many years, but he also served as interim Pastor for numerous churches in the Vian area throughout his life. He studied diligently to impart God’s Word to his congregations and was known for his wise insights and love for people.

Jim was a devoted family man. He married the love of his life, Sharon Kay Gossett on August 10, 1965 and together they had one daughter, Kathy. Kathy and her husband Curtis had three children who gave Jim the title he loved most of all, GP (grandpa). He became a Great Grandfather in 2021 and loved playing his guitar for baby Kennedy to dance. He loved and provided for Sharon and together they raised their family in the truth and love of God’s Word.

his wife, Sharon Kay Murphy, of the home;

his daughter, Kathy Wingo and her husband Curtis, of Vian;

3 grandchildren, Kaydi Wingo, Cassidy Escojido and her husband Brek, and Canyon Wingo all of Vian, OK;

He was preceded in death by his parents, Orville Lee and Bernice Murphy.