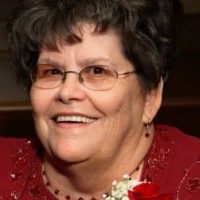 Earline Sparks Barger, 76, of Sallisaw, Oklahoma, passed away on May 2, 2019, in Fort Smith.  She was born on December 1, 1942, in Brushy Community, Sequoyah County, Oklahoma, the daughter of Earl and Florence (Martin) Sparks.  She was married to Bobby Lee Barger on June 22, 1963, in Stillwell, Oklahoma. Mrs. Barger was an elementary school teacher for nearly 30 years with the majority of her career at Marble City Public Schools.  She also taught at Kansas City, KS Public Schools, Wyandotte, Alluwe, Brushy, and Moffett.  She also was the owner/operator of Sparks Grocery north of Sallisaw.

Mrs. Barger was educated in Brushy Schools and graduated from Sallisaw High School at 16 years old, then Northeastern State University at age 20. She was a proud Cherokee Nation citizen who never missed voting in an election, and helped all she knew to get enrolled in the Cherokee Nation. She was one of the founders of the Cherokee Nation Community Center at Brushy.  She enjoyed genealogy, visiting with family, puzzles, and spending time with her grandkids.

She was preceded in death by her parents: Earl and Florence Sparks, her aunt: Loyce Woodward, and her grandparents: Jim and Mollie Martin.

Visitation will be 10 AM – 8 PM Saturday and 2 – 8 PM Sunday at Agent Mallory Martin Funeral Home in Sallisaw where the family will greet from 2 – 4 PM Sunday.