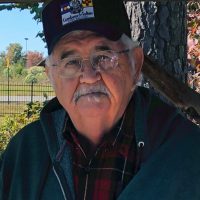 He was born on December 7, 1942 in Hanson community, Oklahoma to Ruby (Anderson) Cullum and James Everett Cullum and passed away on November 15, 2019 in Ft. Smith, Arkansas.

Mr. Cullum graduated from Warner and Northeastern. While at Northeastern, he spent the summer of 1965 in Washington DC as an intern for Congressman Ed Edmondson. After graduation, he taught elementary education for 10 years for the Gallup McKinley County School District on the Navajo Reservation at Tohatchi, NM. There he met another teacher, Sue Matthews and they were married on December 22, 1970 in Gallup, NM. Frank moved his family back to Sallisaw to begin teaching at Muldrow Elementary in 1976. In 2002, he was selected as Muldrow Teacher of the Year. He taught 28 years at Muldrow. He believed in community service, he served as Boy Scout Leader of Sallisaw Troop 742 several years. Both his sons earned Eagle Scout rank and he was awarded the Silver Beaver Award. Following Boy Scouts, he joined Trans Mississippi Rifles and reenacted in many Civil War Battles honoring his confederate great grandfathers. He was a background artist with TMR in the movie Gettysburg. He was a volunteer fireman, was active on the Board of Central Fire Department, was the President of Rural Water District 3 Board, a member of Cookson Hills Electric Coop Operation Roundup Board and was active in Sequoyah County Historical Society. He loved and collected old Maytag motors, old garden tractors and lawn mowers. He was a loving husband and father.

wife: Sue of the home;

2 sons: Peter of Ft. Smith, AR and Matthew and Cindy of Denton, TX;

He was preceded in death by his parents: Buck and Ruby Cullum, 4 sisters: Euna Coker, Mary Turner, Eva Gillam and Betty Bradshaw and 3 brothers: Carl, James and Freddie.