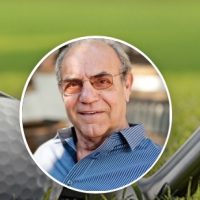 George Perry Farmer Sr, 75, of Muskogee, OK passed away Thursday, October 20, 2022 in Muskogee. He was born September 15, 1947 in Fort Smith, AR the son of Clayton Layman Farmer and Margaret Marie Farmer. George couldn’t wait to get life started. He was married and had a son before graduating high school. He attended the University of Oklahoma where he graduated with a degree in Pharmacy. After rising to the level of Chief Pharmacist at the Oklahoma Children’s Hospital in Oklahoma City, George promptly left his job, moved to California, and started all over again to be close to his son Perry. He held many professions and made many friends, but the most important relationship was meeting his wife, Kathy. Soon after meeting, they began to date and they, with her son Richard whom he also loved and adored, moved back to Sallisaw to start yet another chapter in his life.

George and Kathy were married on December 22, 1979 in Sallisaw OK. They built a wonderful life together ranching in the Sallisaw area before eventually moving to Muskogee, OK in 1996. During the years in Muskogee, George lived his best life, building endless friendship and cherished memories.

George was preceded in death by his father: Clayton Layman Farmer, his mother: Margaret Marie Farmer.

Memorial Service will be held at 2:00 Wednesday, October 26, 2022 at the Muskogee Golf Club under the direction of Lescher-Millsap Funeral Home.