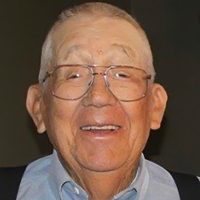 A memorial service for Gerald B Trotter will be held at 10:00 AM on Thursday, February 6, 2020 at Agent Mallory Martin Chapel in Sallisaw, OK with Rev. Dale Ritter officiating.

Gerald B Trotter was born to Mary D. Trotter and B Trotter November 12, 1934 in Edinburg, Texas. Born the fourth of five children he graduated from Vian High School in 1952 and was the first Vian student to receive his State FFA Degree. He attended Oklahoma A&M earning his Technician Certificate in 1956. He married Doris Ann Scott of Sallisaw on November 12, 1957 and they made their first home in Jacksonville, FL where Gerald served as a Sargent in the US Marine Corps. They later moved to Quantico, VA where he served under President Eisenhower as Helicopter Crew Chief traveling with him on a South American tour flying in the first helicopters to fly over the Andes Mountains. After his honorable discharge from the Marines, Jerry and Doris returned home in 1962 to join the family farm and ranching operations.

Through the years Jerry raised beef cattle and grew soybeans, corn, milo, and wheat. He took great pride in working the land and was a good steward. Jerry and Doris farmed in the Vian area and Sandtown Bottoms until their retirement in April of 2017. They were named Oklahoma Farm Family of the Year in 1976. Jerry was active with the Soil Conservation Service, the Oklahoma Soybean Association and served on the Sequoyah County Excise Board.

Jerry passed peacefully at his home on January 31, 2020 surrounded by his family. He was preceded in death by his wife of 59 years, Doris Ann Scott Trotter; his parents, B and Mary D. Trotter as well as siblings Leroy Trotter, Donnie Trotter and Carol Loveall.

A memorial service will be held at 10:00 AM on Thursday, February 6, 2020 at Agent Mallory Martin Chapel in Sallisaw, OK with Rev. Dale Ritter officiating.