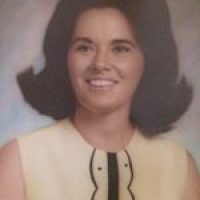 Gloria Louise Harper, 86, of Sallisaw, Oklahoma passed away Thursday, August 3, 2017 in Ft. Smith, Arkansas. She was born January 20, 1931 in Norman, Oklahoma the daughter of Irving Wiel and Edna Ruth (Holt) Duffield. She was married to Elwood Nicholas Harper in Honolulu, Hawaii. Mrs. Harper was a tax advisor and of the Episcopal faith. She loved gardening and her dogs, Heidie and Ivy and feeding various wildlife that would come to her property daily.

husband: Nicholas Harper of the home

2 sons and 1 daughter in law: Jeff and Deidre Haas of Sallisaw

and Greg Haas of Midland, TX

She was preceded in death by her parents and 1 daughter: Genea Haas