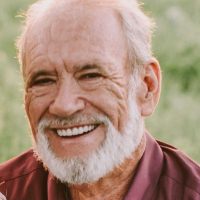 Gordon Vaughn, 71 years of age passed away on March 20, 2022, in his home surrounded by family and friends. Gordon was born February 20, 1951, in Maryville, Missouri to his parents Charles Milton and Mildred Imo Vaughn. After graduating high school from North Nodaway County, Gordon met his wife, Vickie. They were soon married on July 30, 1971. After getting married Gordon and Vickie settled down to start a family in Bolckow, Missouri. While there they welcomed two beautiful daughters, Shawna and Phallyn, that were their entire world. During his time in Bolckow, Gordon volunteered for the fire department and was also an EMT. After spending 10 years in Bolckow, they packed up and moved the family to Chester, Oklahoma. Gordon took a job working for Kerr McGee in 1982 and worked there numerous years before they became owner operators of G&V Trucking. Vickie then joined him full time in 2000 as a team driver. During their tenure on the road, they had the fortune of seeing all the lower 48 states.

Gordon was a slow pitch softball coach and enjoyed playing the sport himself. Gordon and Vickie spent the majority of their time on the road traveling and seeing new places. Gordon loved watching western shows, taking care of his cattle, hunting, fishing, and spending time with his family. On long, hot summer days Gordon enjoyed nothing more than taking the family out for a boat ride, or a brisk ATV ride. He was the handyman of the family and never encountered anything he couldn’t fix.