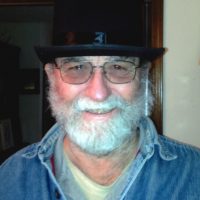 Hardy T. Erwin, 72, of Sallisaw, Oklahoma was born on April 24, 1947 in Navasota, Texas to Milyda Lorene (Hodges) Erwin and Henry Jasper Erwin and passed away on August 29, 2019 in Muskogee, Oklahoma. He married Eloise (Jeske) Erwin on March 22, 1976 in Ardmore, Oklahoma. He was an Electrical Power Lineman and of the Lutheran faith.

wife: Eloise of the home;

Cremation and private family celebration of life will follow at a later date.