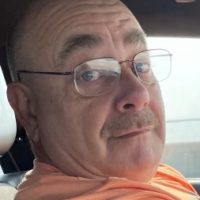 He was born December 15, 1956 in Ipswitch, England Air Force Base, the son of Freda Jean (Hatter) Phillips Covey and Henry Edward Phillips, III. He married his wonderful wife, best friend and soul mate of 45 years, Pamela Denise (Fleming) Phillips on November 28, 1975. In that 45 years, they were blessed with four children, twelve grandchildren and five great-grandchildren.

Mr. Phillips was a U.S. Army Veteran and the Pastor of New Covenant Fellowship Church of Sallisaw where he was a spiritual father to many. He enjoyed farming his land, making his cows his pets and a wonderful dog Jake whom he called “Fred”. He was a devoted family man who would do anything for his family. His other great passions were studying the word of God, his fast cars and traveling the country with his wife and children.

He was preceded in death by his parents; son, Heath Catlett; step-brother, Ricky Covey and step-father, Clarence Covey.

Henry was loved beyond measure and was the strength behind his family. He will be missed greatly, but we can all take delight in knowing he is finally in his father’s arms and walking in his presence until we see him again.

Honorary Pallbearers will be The Men of New Covenant Fellowship Church.

Viewing will be at Agent Mallory Martin Funeral Home in Sallisaw where the family will greet 6 – 8 pm Sunday.