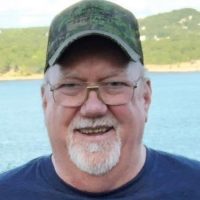 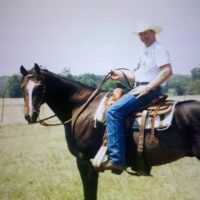 Hubert Dale “Stranger” Rogers of Sallisaw, OK was a devoted father, grandpa, uncle, cousin, and friend. He left this world embraced by his three children on July 26, 2022, at the age of 69.

He was born the youngest of nine children to Earl and Geneva (Taylor) Rogers on January 6, 1953, at their home in Sallisaw, OK. Hubert graduated as valedictorian of Brushy Grade School in 1968 and later graduated with Sallisaw High School’s Class of 1972.

He retired as a kiln operator for Saint-Gobain Proppants, but he was a trucker through and through. Photos in his home display the semi he proudly owned before driving for years with Elliott Truck Line. He and his lifelong friend were trucking when his youngest son was born, and they wrecked trying to hurry home. His world was shared between his family at home and his family on the road.

He was always buying a new toy to show off, whether it be a ’78 Pace Car Corvette or a Weatherby rifle, but if Hubert had something, he shared it with everyone around him. It brought him as much joy to see his nieces and nephews driving a new vehicle as it did to drive it himself.

His early hobbies included fishing, hunting, and adventure, but in his later years, he was happy to sit in his recliner with his two cow dogs, Poncho and Chico, watching the western channel.

He loved his family.

He is preceded in death by his beloved parents, Earl and Geneva Rogers; two sisters, Christine Bordelon and Velma Boyd; and four brothers, Arlen, Marchel, Garlen, and Vearl Dean Rogers.

Graveside service will be at 2:00 PM on Friday, July 29, 2022 at Drakestand Cemetery in Sallisaw, Oklahoma under the direction of Agent Mallory Martin Funeral Service, Inc.