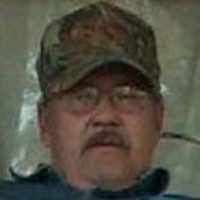 Graveside service is Wednesday, July 19, 2017 at 2 pm at Seabolt Cemetery in Muldrow, Oklahoma under the direction of Agent Mallory Martin Funeral Home.

Viewing will be Tuesday from 10 am – 8 pm at Agent Mallory Martin Funeral Home in Sallisaw.

He was preceded in death by his parents, Dallas and Aileen Jones; 2 brothers, Fred and Tony Jones; and 1 brother in law.