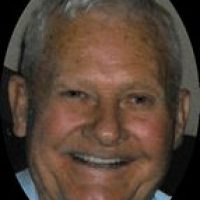 Funeral service is Wednesday, August 2, 2017 at 2 pm at White Chapel Church in Gore, Oklahoma. Burial will be at White Cemetery under the direction of Agent Mallory Martin Funeral Home in Sallisaw.

James E. Neighbors, 83, of Gore, Oklahoma passed away Friday, July 28, 2017 in Gore, Oklahoma. He was born October 26, 1933 in Sallisaw, Oklahoma the son of Elmer Neighbors and Rethal May (Spencer) Neighbors. He was married to Betty Lou Robinson on August 4, 1951 in Van Buren, Arkansas. Mr. Neighbors worked in meat packing and was a Christian.

wife: Betty of the home

He was preceded in death by his parents, Elmer and Rethal Neighbors; 2 brothers, Albert and Roy Morgan Neighbors; 1 child, Sam Neighbors; and twin great grandsons