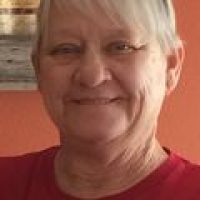 Funeral service will be Thursday, September 28, 2017 at 2:00 at First Christian Church in Sallisaw with Pastor Benji Magness officiating. Cremation will be under the direction of Agent Mallory Martin Funeral Home in Sallisaw.

Janet Rose (Richardson) Miller, of Sallisaw, Ok passed away on September 22, 2017 at the age of 68. She was born September 11, 1949 to Fred and Betty Ann (Marrs) Richardson in Sallisaw, OK. She was the granddaughter of John and Lois (Brown) Marrs and Sam and Callie (Anderson) Richardson. She worked for Wal-Mart for many years before attending Carl Albert State College and Northeastern State University. She spent the last 25 years as a homemaker, care giver and volunteer extraordinaire. She was active in anything her children participated in growing up and became active in youth sports again when she was co-founder of Sequoyah Organized Soccer (SOS). This led to becoming a board member of the Sallisaw Youth League serving soccer and cheerleading. She worked the softball fields and ran tournaments. She was active in Central PTO and Central Booster Club and anything else her children and grandchildren were a part of. She was co-owner of Thunder Rally Skateway. “Anything for the kids,” was her motto. She was loved by everyone who knew her.

She was preceded in death by one son, Samuel “Charlie” Miller; her parents, Fred and Betty Richardson; grandparents, John and Lois Marrs and Sam and Callie Richardson; and brother in law, Charles Jones.