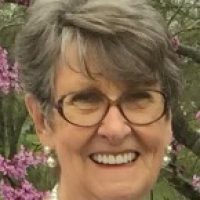 Private Service for Jeanie (Calhoun) Sanders, 78, of Sallisaw, Oklahoma is under the direction of Agent Mallory Martin Funeral Service, Inc.

She was born on October 28, 1942 in Brent, Oklahoma to Martha Jane (Hollis) Calhoun and Cecil Calhoun and passed away on January 5, 2021 in Sallisaw, Oklahoma. She was married to Billy Mack Sanders on June 26, 1959 in Brent community, Oklahoma and they enjoyed 61 years of marriage. Jeanie was a homemaker, teachers aide with Sallisaw Public Schools, and a substitute teacher. She was a member of First Baptist Church of Sallisaw. Jeanie was an amazing cook, game player (especially Dominos) and loved to sing, sew and crochet. Beyond all those things she was a loving wife, mother, nana and friend.

The family would like to give a special thanks to Dr. Orendorff, Dr. Phil Agent and the staff at Northeastern Health System-Sequoyah for the great care that was given to Mrs. Sanders.

Viewing will be 4 – 8 PM Thursday and 10 AM – 8 PM Friday at Agent Mallory Martin Funeral Home in Sallisaw, OK.