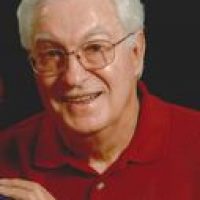 Services will be held Saturday, July 22 at 1pm at the Blackgum Baptist Church. Burial will follow at Box Cemetery.

In lieu of flowers, memorial contributions may be made to the Blackgum Baptist Church Building fund, P.O. Box 370, Vian, OK 74962

He served in the Air Force for 8 years during the Korean War. After his discharge, Jess attended Oklahoma Baptist University where he earned a Bachelor degree in Music Education. He went on to earn his Masters degree in Church Music from Southwestern Baptist Theological Seminary.

Jess was a Music Minister for some years in Texas, Oklahoma and Ohio. He then started his own business selling medical equipment. Jess and Bobby loved to travel. After retirement, they moved back to Oklahoma where he enjoyed golf.

Jess was an avid Sooner fan and enjoyed watching any OU team play.