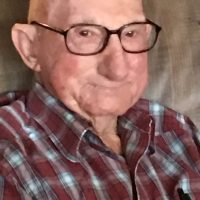 Jesse James “Jimmy” Wiswell, 91 of Gans, Oklahoma passed away on November 21, 2017 in Ft. Smith, Arkansas. He was born on September 26, 1926 in Sallisaw, Oklahoma to Bertha Mae (Carter) Wiswell and James Franklin Wiswell. He was married to Anita Belle (Eversole) Wiswell on September 29, 1947 in Reno, Nevada. Mr. Wiswell was a U.S. Navy veteran, a farmer and retired from Carnation Milk Company in Tulsa.

He was preceded in death by his wife, Anita; 2 sons, Larry Michael James Wiswell and Robbie Joe Wiswell and 1 sister, Wanda Morgan