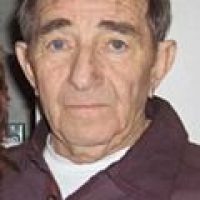 Service will be Friday, September 29, 2017 at 2:00 pm at Oakridge Assembly of God Church in Sallisaw under the direction of Agent Mallory Martin Funeral Home in Sallisaw.

Jim Pence, 80, of Sallisaw, Oklahoma passed away September 23, 2017 in Sallisaw. He was born January 29, 1937 in Shenandoah, Virginia, the son of Jack and Helen Pence. He married Yvonne Reeves on December 30, 1961 in Eufaula, Oklahoma. Jim was the owner and operator of Pence Towing and a U.S. Air Force Veteran.

2 sons and 1 daughter in law: Kenneth and Lori Pence of Ozark, AR and Roger Pence of Sallisaw, OK

He was preceded in death by his parents, Jack and Helen Pence; 1 sister, Francis Elizabeth Pence-Bush; and 1 brother, Jack Pence, Jr.