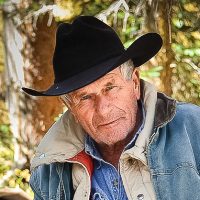 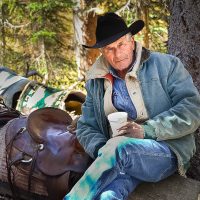 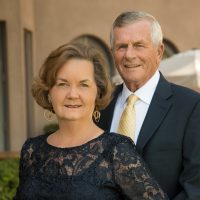 Graveside service for Joe Bill “JB” Cotner, 82 of Vian, Oklahoma will be at 2:00 PM on Monday, January 23, 2023 at Garden of Memories Cemetery in Vian, Oklahoma under the direction of Agent Mallory Martin Funeral Service, Inc.

Joe Bill (“JB”) Cotner was born December 23, 1940, a few miles west of Vian, Oklahoma. He was the first child and only son of Clara Wells Cotner and Joe Francis Cotner. He was big brother to four sisters – Linda, Brenda, Carolyn, and Sally.

He married Joyce McCreight, his Vian high school sweetheart, on June 30, 1961, when Joyce, Clara and his sisters drove out to Madras, Oregon, where JB and his dad Joe were working together on an oil pipeline job. He and Joyce were married for 61 years, and had two children: Jana, and Jeff.

JB was part of the Vian High School Class of ‘58. After a few years spent mostly on pipelining crews, he graduated from Okmulgee Tech in 1965 with a specialty in air conditioning and refrigeration systems. He worked 23 years for Kerr McGee Corporation and Sequoyah Fuels in Gore, retiring in 1993. He took much pride and interest in the many young men who worked for and with him.

JB loved horses and the mountains as much as he loved his family. He was a skilled horseman, horse trainer, and horse-trader. He spent dozens of summers and falls in the mountains and wilderness areas of Colorado and New Mexico – usually on horseback (or on one of his favorite mules), and later towing an RV behind his 2006 Chevy Silverado. He took special joy in showing others around the mountains. In 2015 at age 74, JB had Joyce on the back of his 4-wheeler ATV several miles deep in a Colorado wilderness when a stroke first chipped away at his good health.

Early on the morning of January 19, 2023, JB died peacefully in his sleep, at home with his family by his side, accompanied by family friend Dr. Bill Anderson.

JB is survived by his wife, Joyce Ethlyn Cotner; by his daughter Jana Beth Parker of Fort Gibson, OK and her husband Dr. Bill Parker; by his son, Jeffry Joe Cotner; by grandson Tyler Kale Parker and Tyler’s wife Blythe Haaga Parker of Eagle Rock, California; by granddaughter Caitlin Claire Parker Estell and her husband Bobby Estell of Nashville, Tennessee; and by granddaughter Grace Lauren Parker Gasso and her husband DJ Gasso of Salt Lake City, Utah. He and Joyce have three great-grandchildren: June Beatrice Parker; Adelaide Ruth Parker; and Parker James Gasso. JB is survived by his four sisters: Linda Bynum of Sand Springs and her husband Bob; Brenda Spears of Vian; Carolyn Williams of Pawnee and her husband Ned; and Sally Simon and her husband Jerry of Vian. He is also survived by his brother- and sister-in-law Tommy and Barb McCreight of Sallisaw, and by many nieces and nephews and great-nieces and nephews. He leaves behind dozens of dear friends and old cowboys from Vian, from his work, and from the mountains.

A memorial service will be held at the Vian Garden of Memories cemetery on Monday, January 23rd at 2 in the afternoon.

The family urges you to make gifts in lieu of flowers to charities or causes you care about and to simply let us know.