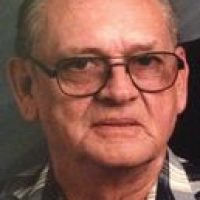 Viewing will be 10 am – 2 p.m. Friday at Agent Mallory Martin Chapel in Sallisaw, Oklahoma
where the family will greet from noon – 2 p.m. Burial will follow at Fleetwood Cemetery, east of Sallisaw.

John E. Huffman, 81 of Sallisaw, Oklahoma passed away Tuesday, July 11, 2017 in Sallisaw, Oklahoma. He was born September 1, 1935 in Hutchison, Kansas, the son of Lillian Thomson Huffman and George Edmond Huffman. He was married to Glenda Snow on November 28, 1959 in California. She preceded him in death on July 30, 2009. Mr. Huffman was a U.S. Army veteran and former lineman at Whirlpool.

He was preceded in death by his parents and wife