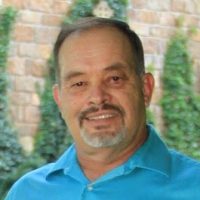 Services will be at 10 am on December 2, 2017 at First Baptist Church in Sallisaw, Oklahoma.

John William Davis, Jr., 61 of Sallisaw, Oklahoma passed away on November 26, 2017 in Ft. Smith, Arkansas. He was born on December 10, 1955 in Tulsa, Oklahoma to Mary Rose (Chepregi) Davis and John William Davis. He was married to Debi Kaye Morgan on July 23, 1992 in Sallisaw, Oklahoma. He worked in maintenance and was a bus driver for Sallisaw Public Schools and of the Assembly of God faith.
He was a family man who enjoyed spending time with his family and who loved the Lord.

Wife: Debi of the home

1 daughter and son in law: Shawnda and Jonathan Wear of Van Buren, AR

mother and father in law: Jackie and Swann Hall of Sallisaw

He was preceded in death by his parents, John William Davis and Mary Rose (Chepregi) Davis