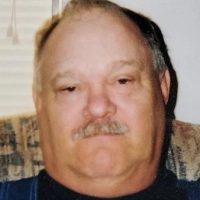 John “Pop” William Welsh passed away June 3, 2022 in Sallisaw, OK. He was born in Sacramento, Califonia on October 24, 1946 to Donald Welsh and Ona Holland.

Pop graduated from Folsom High School where he also served as a volunteer fireman. He joined the Air Force and worked as aircraft mechanic; to show his patriotism, see the world and of course to meet chicks. After his discharge from the Air Force at rank of Sergeant he moved to Arkansas where his mom and her family were. He lived in Farmington, Arkansas for many years and could tell you about everyone who passed by the house. Pop loved watching and talking about his beloved Arkansas Razorbacks no matter which sport it was. He loved dirt bike races, fishing, the Catfish Hole and spending time with family. He spent countless hours volunteering with the US Forestry as well as the church youth group and singles ministry for Ridgeview Baptist Church. He served as a past president of the Razorback Riders Club and spent many years flagging local dirt track and motorcycle races.

He is survived by a daughter and future son-in-law Valarie Rico and Chad Doty of Sallisaw, Oklahoma; a son and daughter-in-law John and Michelle Welsh of Fayetteville, Arkansas; 8 grandchildren, Michael, Alex, Tyler, Ashley, Diana, Letty, Dalia, Alfonso Jr., and 11 great-grandchildren.

Final arrangements are under the direction of Agent Mallory Martin Funeral Service, Inc. Interment will be at a later date at Huntsville Cemetery.