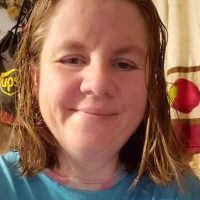 Cremation Service for Joline Gipson, 39, of Muldrow, Oklahoma is under the direction of Agent Mallory Martin Funeral Service, Inc.

Cremation Service for Joline Gipson, 39, of Muldrow, Oklahoma is under the direction of Agent Mallory Martin Funeral Service, Inc.

Joline was born on October 23, 1981 in Hazelton, Pennsylvania to Claudette (Davies) Acker and James Acker and passed away on March 29, 2021 in Muldrow, Oklahoma. She grew up in Nuremberg, Pennsylvania, then later graduated from Hazelton Area High School in 1999. After graduation she started basic training for the Air Force in San Antonio, Texas and continued her training in Wichita Falls, Texas where she met her future husband, Andy Gipson. They married on September 23, 2000, in Cameron Texas. They later moved to Muldrow, Oklahoma in April of 2001. She gave birth to their first daughter, in June of 2001, and their second daughter in February of 2005. She worked multiple jobs throughout her life mostly in hospitality. Ultimately she ended up working for UPS as a Preloader prior to her passing.

2 daughters: Summer Gipson and Katelyn Gipson both of Muldrow, OK;

She was preceded in death by her parents; and her cousin, Orlia Charles “Chip” Dunsmoor.