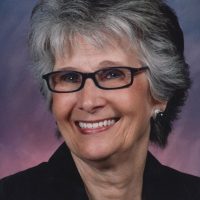 She was an integral part of the medical community in Fort Smith and surrounding area, for over 50 plus years. She began her career at Holt Krock Clinic in 1952 and was an essential and fundamental driving force for HKC, Sparks Hospital, and Sparks Medical Foundation. She served in a variety of capacities as an administrator of professional and Human Services and Director of Clinical Operations. She was recognized on countless occasions for her contributions to the advancement of the medical community. Her awards, recognitions, and accomplishments are far too numerous to list. Some of her most significant and far-reaching contributions were overseeing Holt Krock Clinics entry into the computer age, installing the first pension, profit-sharing, and 401(k) plans, establishing the first quality assurance department, establishing in-house physician recruitment bringing hundreds of highly qualified physicians into our community, and introducing the annual Woman to Woman seminar for women’s health awareness. She also served and chaired on dozens of professional, community, and charitable boards throughout the years.

In the 1980’s, she was invited by the Chinese government to advise the Chinese Healthcare System as they integrated credit into their health care practice. She spent a month in China working with health care administrators as they began implementing these new practices.

She loved art, music, and dancing. She was a world traveler who was always up for an adventure and made several trips to numerous countries. Among her countless interests and hobbies, beekeeping was paramount and she shared it with her entire family, subsequently writing her Master’s Thesis on the management of the honey bee which was published and can be found in the Library of Congress. Characteristic of her giving nature, after the honey was harvested, she shared the majority with her friends. In her later years she was an accomplished ballroom dancer. She and her long-time companion, Richard Graham, were the highlight and attraction at most every social event where they could take center stage and dance until the final hour.

She was involved in countless community programs, each of them dear to her heart.

There was nothing more important to her than her family, and she let everyone know how special each of us were to her.

Viewing and Visitation will be Noon – 8 PM Thursday at Agent Mallory Martin Chapel in Muldrow, OK where the family will greet 6 – 8 PM.