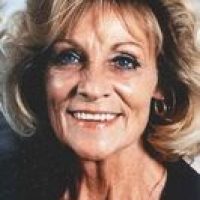 Graveside service is Wednesday, July 12, 2017 at 10 am at White Cemetery in Gore, Oklahoma under the direction of Agent Mallory Martin Funeral Home in Gore.

Viewing is Tuesday from 10 am – 8 pm at Agent Mallory Martin Funeral Home in Gore.

Joyce Fay Thornton was born August 16, 1946 in Checotah, Oklahoma, the daughter of William and Florence (Franklin) Mickels. She was married to Jerry Mack Thornton on December 28, 1963 in Stigler, Oklahoma. He preceded her in death on July 26, 2007. Mrs. Thornton passed this life on July 7, 2017 in Gore, Oklahoma at the age of 70.

She leaves to mourn her passing: