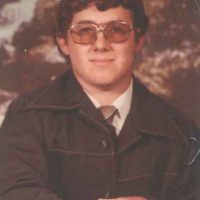 Viewing and family visitation will be held Saturday, November 18, 2017 from 5 – 8 pm at Agent Mallory Martin Funeral Home in Sallisaw. A memorial service will be held at a later date.

Kevin Walter Canada, 52, of Sallisaw, entered into eternal life on November 13, 2017 in Sallisaw. He was born June 8, 1965 in Anadarko, Oklahoma to Cecil “Butch” and Bea Canada. He was a 1984 graduate of Central High School. Kevin was a long time employee of Barry Packaging and lastly of Hardees. He was saved and baptized in the Shiloh Missionary Baptist Church and was of the Assembly of God faith.