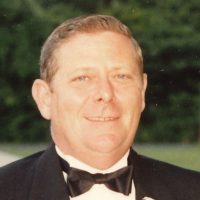 Funeral service for Larry Frost, 74 of Gore, Oklahoma will be at 10:00 AM on Saturday, May 16, 2020 at First Baptist Church in Gore, Oklahoma. Burial will follow at Box Cemetery in Vian, Oklahoma under the direction of Agent Mallory Martin Funeral Service, Inc.

Funeral service for Larry Frost, 74 of Gore, Oklahoma will be at 10:00 AM on Saturday, May 16, 2020 at First Baptist Church in Gore, Oklahoma. Burial will follow at Box Cemetery in Vian, Oklahoma under the direction of Agent Mallory Martin Funeral Service, Inc.

Larry was born January 6, 1946 in Vernon, Texas, and passed from this life on May 11, 2020, in Muskogee, Oklahoma.
Larry was adopted by Ode and Gladys Frost at the age of three. He spent his early years in Vernon and graduated from Vernon High School in 1964. He attended church from an early age and due to his beautiful singing voice, was frequently called upon as a soloist.
After serving in the military during the Vietnam War, Larry worked in banking and owned a micro-filming business. During this time he lived in Liberal, Kansas and Chillicothe, Missouri. Due to the illness of his mother, he moved back to Vernon and worked for the Sheriff’s Department and then as a Vernon city police officer.
On September 10, 1990, Larry married Jeannie Turner and made Gore, Oklahoma his home for the remainder of his life. He loved living in the woods and close to Lake Tenkiller. He loved his family.
Larry was a very social person and was always willing to lend a helping hand when needed. He loved to cook, fish, and just tinker around the house. He always had a project going or was planning one.
One of his greatest joys was becoming involved with the Boy Scouts of America. He served as a district Para-Pro and Scout Master for the Gore area troop. He loved camping and teaching the boys needed skills. He attained the District Wood Badge honor and also the Order of the Arrow Brotherhood honor. It was during his scouting years that he met Roy Loris who remained one of his closest friends.
Larry joined the Gideon’s and enjoyed passing out Bibles to school children and joining in other activities.
Larry was a member of the First Baptist Church of Gore. He loved the Lord and loved going to church and being with his church family. He was very devastated when he could no longer attend church services due to his declining health.
Larry was diagnosed with Systemic Rheumatoid Arthritis in 2010 and his condition deteriorated over the next ten years. The last three years he was totally confined to a wheelchair and suffered from constant pain and limited mobility. We will miss him greatly but are happy that he is today with his Lord and Savior and is without pain. Larry was definitely one of a kind.

He was preceded in death by his parents: Ode and Gladys Frost.

Viewing will be 10 am – 6 pm Friday at Agent Millsap Event Center in Gore, OK.

In lieu of flowers, memorials may be made to The Gideon’s.