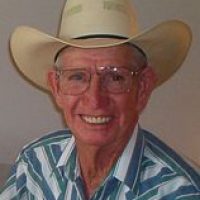 3 daughters and sons in law: Karen and David Foster of Broken Arrow, OK, Dolores “Dee” and David Bennett of Vian, OK, and Stacy and Brad Callahan of Sallisaw, OK

He was preceded in death by his wife, Earlene (Ragan) Craghead; his parents, Jesse and Dicie Craghead; and brother, Floyd Craghead