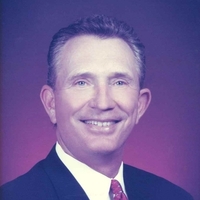 Funeral Services for M. Douglas Martin, 78 of Stigler, Oklahoma will be held at 11:00 am on Monday, November 1, 2021 at Stigler First United Methodist Church, 502 NW Broadway, Stigler, Oklahoma, with Rev. Dr. Jim Hill officiating.  Interment will follow at Stigler City Cemetery under the direction of the Mallory-Martin Funeral Home.

Doug was born in Tulsa, Oklahoma, on February 23, 1943, to Dr. Marvin and Eula (Harper) Martin.  Doug grew up excelling in sports and was named to Oklahoma’s All State teams in baseball and football.  He graduated from Edison High School in 1961.  During his sophomore (Webster) and senior years (Edison), his team won the Baseball State Championship.

Upon graduating from high school, Doug attended the University of Oklahoma where he met the love of his life, Kathy Munn Martin.  Doug was a two-sport collegiate athlete – football (one year) and baseball (five years).  Doug was also an active member of Sigma Nu fraternity and the “O” Club.

Doug graduated from OU in 1966 and he and Kathy were married on June 18, 1966.  Following, they moved to California where Doug taught and coached baseball and football at Encina Camino High School.  He soon made the decision to return to Oklahoma and join his father-in-law, Loyd Munn, in the funeral business.  Upon graduating as Valedictorian from Dallas Mortuary School in 1969, Doug served as a Funeral Director under Mr. Munn at Mallory Funeral Home in Stigler.  Doug remained with Mallory as a licensed funeral director and owner for the duration of his career – over 50 years – and was integral to its longevity and growth.

Doug was a dedicated father to his three sons and passed on to each of them his love for sports – as both participants and spectators.  While coaching Todd’s youth baseball team the Mallory Minors, Coach Martin and his team won a State Championship title.  He also valued the opportunity of following Blake’s golf career across the country.  Doug took great joy in attending OU football weekends with his family and loved golfing and fishing with his boys.  Later in life, Doug was a proud Grandfather and spectator of the various activities and sporting events, including “The Nutcracker” and gymnastics to baseball, basketball, and football games.  He loved attending it all.

Doug was also a committed member and leader of the Stigler community, having served as member and president (1985-86) of the Lion’s Club; board member of the Haskell County Community Foundation; member of Stigler School Board; McAlester Scottish Rite 32; Masonic Lodge #`2`; Bedouin Shrine and Royal Court of Jesters in Muskogee; member of First United Methodist Church and Choir; and OFDA board member.  In 2010 Doug was chosen as the Stigler Chamber of Commerce Business Man of the Year.  He was most proud of his efforts to improve little league baseball in Stigler that paved the way for a High School baseball program in 1985.

Doug was preceded in death by his parents, Marvin and Eula Martin and his in-laws, Loyd and Edith Munn.

Funeral Services will be held at 11:00 am on Monday, November 1, 2021 at Stigler First United Methodist Church, 502 NW Broadway, Stigler, Oklahoma, with Rev. Dr. Jim Hill officiating.  Interment will follow at Stigler City Cemetery under the direction of the Mallory-Martin Funeral Home.