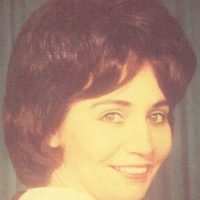 She was born on February 9, 1942 in Tulare, California to Beulah (Jackson) Dunn and George Leslie Webster and passed away on January 2, 2021 in Vian, Oklahoma. She was married to Paul James McClure on April 15, 1959 in Sallisaw, Oklahoma. She was a homemaker and of the Protestant faith.

husband: Paul McClure of the home;

Honorary Pallbearers will be Customers of M.C.’s Cafe, Delbert Spears and Johnny Ellis.

Viewing and Visitation will be 10 AM – 8 PM Thursday at Agent Mallory Martin Funeral Home in Sallisaw, OK where the family will greet 6 – 8 PM.