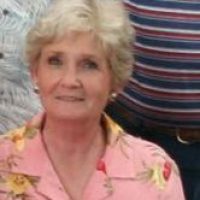 Funeral service is Wednesday, September 20, 2017 at 2 pm at Landmark Missionary Baptist Church located on Hwy 82, north of Vian, Oklahoma. Burial will be at Round Mountain Cemetery under the direction of Agent Mallory Martin Funeral Home in Sallisaw.

Viewing will be Tuesday from 10 am – 8 pm at Agent Mallory Martin Funeral Home in Sallisaw. Visitation with the family will be from 6-8 pm at the funeral home.

Mary Nell (Ballard) Owens, of Vian, OK passed away on September 16, 2017 at the age of 71 Years. She was born June 20, 1946 to Claud and Ola (Craighead) Ballard in the Sycamore community near Vian, OK. Mary Nell graduated from Vian High School in 1964. She married Les Owens on September 12, 1964. She was a loving homemaker who was active in her Church, Vian Landmark Missionary Baptist Church. Mary Nell is remembered by her friends and family as a kindhearted, devout Christian woman who was beautiful on the inside and out. She was a beloved wife, Mother, and Me-Maw who cherished time spent caring for her grandchildren. She was always quick to smile and she loved to laugh. She was a talented, self-taught pianist who played the piano for her Church for over 50 years.

She was preceded in death by her parents, Claud and Ola Ballard, her sisters, Loretta Mattingly and Claudette Hopkins, a daughter-in-law, Kristi Owens, and one grandson, Brandon “Butch” Hendrix.