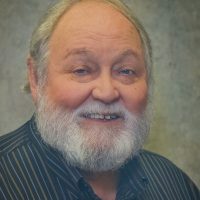 He was born on December 22, 1942 in Muskogee, Oklahoma to Dorothy (Dorrell) Brown and Dyton Ollie Brown and passed away on September 23, 2021 in Fort Smith, Arkansas. He married his wife, Cleata (Weitz) Brown on October 27, 1960. He was a retired Chief of Core Drill Operations for the U.S. Army Corps of Engineers and a member of First Baptist Church in Sallisaw, Oklahoma. Mike is survived by his wife, Cleata Brown and three children; Lisa Gayle (Brown) McCormick and Mike McCormick of Fort Gibson, OK, Michael Lynn Brown and Anna Brown of Fort Smith, Arkansas, and David Brian Brown and Jolene Brown of Claremore, OK and his sister Kay Greer from Jenks, OK, and sister-in-law, Kathy Brown of Muskogee, OK, wife of his deceased brother, Johnny Mack Brown. He was preceded in death by his parents and his brother Johnny Mack Brown.

Mike’s joy in life was as a husband, father, grandfather, and great grandfather. He has 10 grandchildren; Brandon McCormick and wife, Sommer Eastwood McCormick, Brett McCormick and wife, Mikayla Marie Swanson McCormick, Bradley McCormick and wife, Felicia Marie Clinton McCormick, Ryan Brown, Corbin Brown, Micah Brown, Dylan Brown, Alyssa Brown, Aaron Brown, and Andrew Brown. He has 9 great grand children; Max and Maverick; McKenzie, McKinley, McKeon and Bryson; Jake, Casen, and Saydee. Mike was active in his church home at First Baptist, Sallisaw where he served in a variety of roles through the years culminating in establishing the Caring Hearts ministry that served the elderly and home bound in the local community. Also nieces, nephews, and other family members, friends and loved ones, too numerous to name.

In lieu of flowers, please consider sending words of encouragement to Cleata, and/or a donation to Caring Hearts Ministry, both in care of First Baptist Church, Sallisaw, OK 74955.