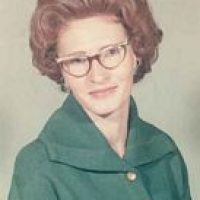 Services will be at 10:30 am on September 29, 2017 at First Baptist Church in Sallisaw, Oklahoma. Burial will follow at Garden of Memories Cemetery in Vian, Oklahoma under the direction of Agent Mallory Martin Funeral Service, Inc.123 S. Wheeler- P.O. Box 566 – Sallisaw, OK 74955.

Viewing will be Thursday from 10 am – 8 pm at Agent Mallory Martin Funeral Home in Sallisaw. The family will greet from 6 – 8 pm at the funeral home.

Monta Ann (Morris) Drew, 81, of Sallisaw, Oklahoma passed away on September 24, 2017 in Ft. Smith, Arkansas. She was born on February 8, 1936 in Vian, Oklahoma to Rosa Ann (Moss) Morris and Joseph Alexander Morris. She attended and graduated with a two year degree from Bacone College where she met Fred Drew, Sr. They were married on June 16, 1956 in Vian, Oklahoma. She was a homemaker and substitute teacher for the Grants Public Schools in New Mexico.

A host of nieces and nephews

She was preceded in death by her husband, Fred Drew Sr.; her daughter, Monta Suzette; her parents, Joseph and Rosa Morris; brothers, Taylor, Joseph, and David Morris; and sisters, Lulu Boggs and Ruth Young.