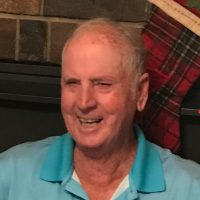 Private services for Owen R. Davis, 74 of Sallisaw, Oklahoma will be under the direction of Agent Mallory Martin Funeral Service, Inc.

Private services for Owen R. Davis, 74 of Sallisaw, Oklahoma will be under the direction of Agent Mallory Martin Funeral Service, Inc.

He was born on September 18, 1946 in Sallisaw, Oklahoma to Willie Earnest (Owens) Davis and Art Berry Davis and passed away on January 1, 2021 in Fort Smith, Arkansas. He was married to Pam Davis on March 17, 1990 in Sallisaw, Oklahoma. Mr. Davis started life as an educator at Kimmons Junior High and retired after 28 years of teaching History and Civics. He started his carpentry work early in life building houses and later worked with Bill Burgess which allowed him to do his own home building. In later years, he became a firefighter with Sallisaw Fire Department and retired as Chief after over 20 years of service. He was an avid golfer among his tight knit group of buddies and a member of First Baptist Church in Sallisaw, OK. However, his greatest achievement was his family, children and grandchildren.

wife: Pam of the home;

He was preceded in death by his parents, 1 sister: Vivian Stephens and 1 brother: G.W. Davis.

Honorary Pallbearers will be Mike Davis and members of the Sallisaw Fire Department.

In lieu of flowers, memorials may be made to Sallisaw Firefighters Foundation – P.O. Box 525 – Sallisaw, OK 74955

The family gives special thanks to Dr. Nolewajka and Alesia Davis.